Second this vote, I can’t imagine it being too hard to implement

Well, someone must have seen this video here, huh?

As an additional option, it certainly doesn’t hurt, but also believe that this is something that is rarely used in practice.

Yes you’re right,There are more important features that I would like to be implemented in front of this but if this was something that could be easily implemented then yeah why not…
I don’t think the Echo effect is currently at its best though

Oh my days, that is a cool transition.

Mark me down as another interested in a 3/4 loop. Maybe a workaround would be to allow manual loops to snap to ‘1 beat’ or ‘loop size’ (a bit like the sync button allows you to snap to ‘1 beat’ or ‘1 bar’). That might then not only allow for this rather cool 3/4 loop transition but also allow for some other creative stuff that folk haven’t tried yet (e.g a 1.75 bar loop would allow mixing between e.g. 105bpm to 120bpm, again handy if you like mixing house & hip-hop (or I guess house and 210bpm speedcore, haha

Combined with neuralmix, so you can remove clanging beats, it could allow for some very creative mixes

LOL, I think you can kinda already do that by using the echo plus 3/4 out effect?

There is a 3/4 Auto Loop in the MIDI commands. It is not exposed in the main djay Pro interface, but you can MIDI map it. 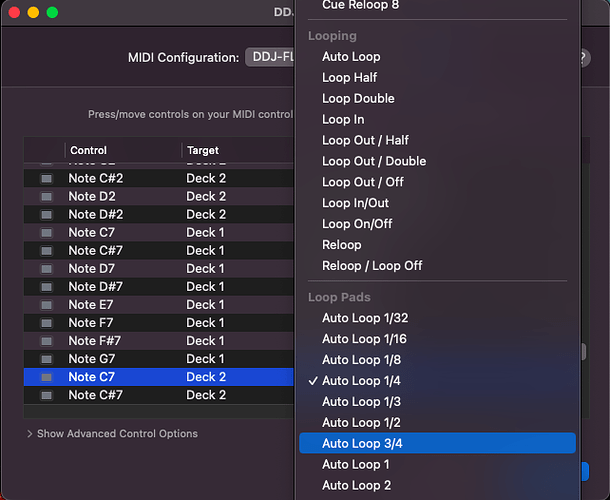