I recently upgraded to a 2021 12.9 iPad Pro which has the new Mini-LED screen. I was playing around in Djay Pro today when I noticed a really bad blooming effect on the waveform area when you are playing a track.

It’s most obvious in 1-Deck mode, but as the track loads, over a couple of seconds the background turns an uneven splotchy grey and makes the waveform colors unreadable. Happens on all other deck options too, around the area where the waveform appears, sometimes it washes out nearby controls as well.

Attaching a video and screenshot from the iPad where the effect is pretty obvious: 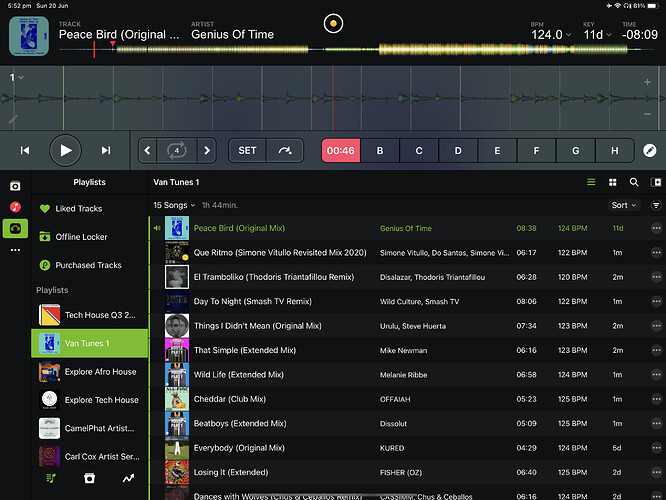 Video of how the screen looks before and as you load the track, you can see the same effect happen when I switch to 4 deck view, though not as obvious on video.

Hi there, not sure if this will help (at least until a proper fix is implemented) but have you tried putting the waveforms into ‘dark mode’?

On the waveform tap the arrow next to the deck number and turn on dark mode there.

It doesn’t affect any other part of the interface but it does put the waveforms against a black background.

It may help, it may not but give it a go and see if it improves things for you. 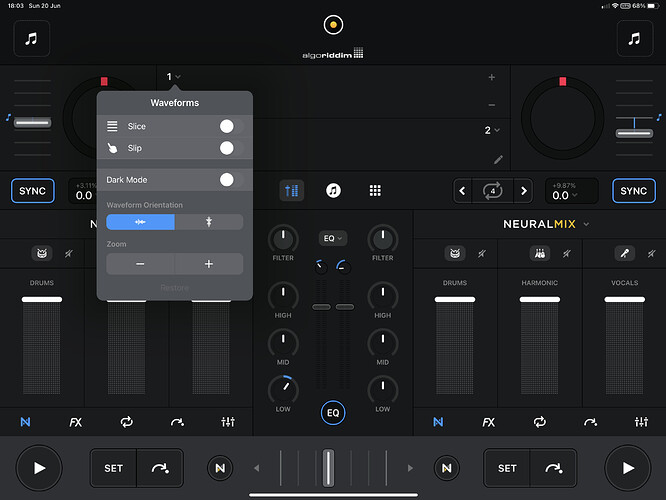 Oh thanks so much! I didn’t know about Dark Mode, it really helped. The discoloration is still there over the Cue Points / Controls section but now at least I’m able to DJ (without the waveform it was pretty hard) and hopefully the general issue gets a bug fix. 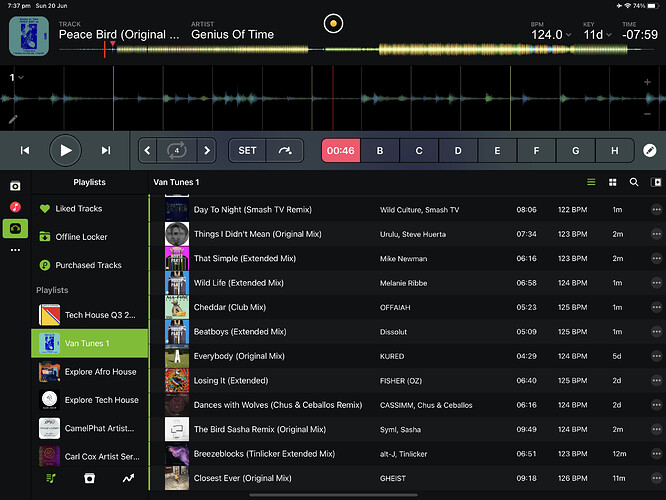 That looks a bit better!! Glad it worked for you….