So for whatever reason, after the 4.0.13 update was released via the Mac App store, it seems like Beatport buffering/downloading is broken? Specs are as follows

It’s not a speed problem, I have fiber to the home 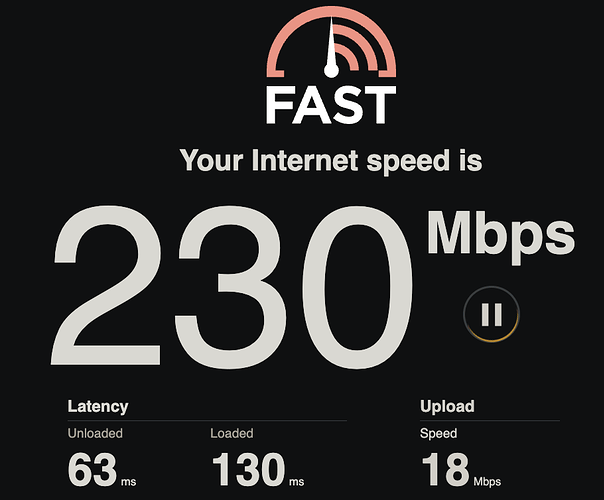 When loading any track right now, there is either 0 data downloaded, partial data downloaded, or a huge delay. I’ve recorded a video to show how a single track has to be loaded, and reloaded multiple times until a full version is pulled down. There’s gotta be a way to either show a loading bar, retry button, or some sort of UX feedback saying something happened. Extremely frustrating and I haven’t seen this happen in previous versions of the app.

Here’s a recording of the bug in question: Any ideas why this is happening or if a feature request can be submitted to include a download/progress component to the UI?

Actually in many gaming platform there is an upload limit for each user in the server side.

I.e like in Steam the limit is 10 Mb/s for each user (if I remember right), in some games it is only 1Mb/s, 1 user can’t steal the whole network upload capacity from all other users.

So what it means that even if you have 200 Mb/s download speed, the server won’t push more than the max upload speed it as defined for each user or connection i.e in Steam the max 10Mb/s.

So it might just be that Beatport has cut down the max upload speed for each connection, so that their servers can allow more simultaneous downloads i.e users than earlier.

I’m sorry to hear that you’ve been running into this issue as of late.

By any chance are you receiving a network error pop-up in djay or are the tracks simply not loading as intended?

Additionally, did this issue just start occurring in the latest version of djay?

I am also having this issue… Unreliable loading of Beatport LINK tracks.

Same issue. Mac M1 Monterey 12.6. Beatport no longer works. I have to attempt to load a track multiple times before it actually loads, sometimes only partially showing the waveform. I cannot play them unless the entire waveform is loaded. Some tracks say “Could not load track, Download was cancelled”. Please fix ASAP!

Thanks for bringing this to our attention.

We are aware of this issue and our dev team is working diligently with the Beatport to get this sorted out as soon as possible.

As any additional information comes in we will update this thread accordingly.

Thank you all for your patience and understanding.

Hasn’t been fixed at all. Still doesn’t load second deck.

Can I also add only 2 mins of each track are actually loading.

Could you share a bit more information regarding this issue with us as we have yet to reproduce this since the latest update.

My bad. My subscription had lapsed. All fixed now thanks!