Calling all djay for Android enthusiasts!

We are excited to share that we’ve been working on a completely new and revamped 64-bit version of djay for Android. djay 3.0 contains new audio and graphics engines, as well as dozens of new features the community has been asking for.

Before the official release, the new djay 3.0 for Android will be available to select beta users. And we would greatly appreciate you joining our beta testing group to share your valuable feedback! Are you interested? If so, use this direct link to join the beta program.

Thanks for your ongoing support of djay! We can’t wait to hear your feedback and suggestions.

will the new version be fully compatible with DJAY controllers (like the reloop mixtour?)

Is it possible to add the Neural mixing support on Android?

After waiting half a day for Google Play to update the app to the new beta, it turned out that it isn’t delivered to the paid version of djay for Android at all. The djay Free app has to be installed to try the 3.0 beta.

Neural Mix uses the A12Z Bionic chip and I haven’t heard of an Android device using one of those.

Even though Spotify have announced their DJ integration going away, it still works in djay 2. The djay 3 beta offers a Spotify button that, when clicked, only explains that it’s gone but doesn’t offer a login while it’s actually still working on the other platforms. Might as well lose that Spotify button altogether and show only the Tidal and SoundCloud+ ones.

Also noteworthy, the Beatsource and Beatport integrations are still missing in this beta.

I’ve heard that, but I’m curious what that really means. VIRTUAL DJ (mac/pc) can do the same thing without a “bionic” chip.

What exactly is prohibiting this feature from happening on other devices? 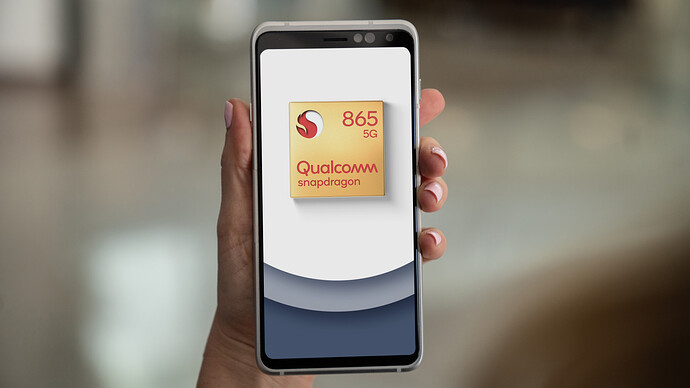 The first performance scores for the Snapdragon 865 are appearing and it looks like the new Qualcomm processor is finaly catching up with Apple's offerings.

Algoriddim leverages the predictive powers of that Apple chip. The latest Qualcomm Snapdragons might perform better in other areas but perhaps not in regard to what drives the calculations behind the stem separation.
VirtualDJ has solved this on x64 hardware and this gives me hope that other desktop DJ software will eventually follow (hinting at you, Serato!).
But with the tablet format slowly disappearing from Android and shifting toward Chrome OS and Fuchsia, I’m not sure if the Android Phone will keep a strong enough user base for developing a Neural Mix AI for this operating system. It’s just so darn tiny compared to a 12" iPad Pro.

Hi, I am using OnePlus and have installed the free Android version of Djay. However, no update yet.
Cheers

Question, I joined up, got the update, but everything I click brings in the pop up to purchase. Is there a time where this will stop, or do I purchase the pro version?

The way Algoriddim implemented Neural AI is utilizing some “easy to use” APIs in iOS/iPadOS that use feature’s of Apple’s A12 bionic chip. You can’t “just” port that to Android as Android doesn’t have those APIs/chips.
you can’t even port that code to macOS, as it doesn’t have the same APIs.

Unfortunately Apple made these CoreML libraries “too easy” to use, so developers have begun to use them

Hi, I’m very excited about this release and keen to help with the beta test as much as I can. As an android and chrome os user who only owns an ipad so I can use djay (and only owns a windows laptop so I can use iTunes to manage the music on that ipad) I’d love to be free of the hassle caused by apple’s walled garden.

I’ve had a quick play with this new version on my phone (Samsung galaxy A8 2018) and and on a Chromebook (Asus C100P) using a pioneer ddjwego 3 controller. My first impressions are that on a phone, in portrait mode, it’s an excellent work flow for mixing on a small screen. On the Chromebook in landscape/tablet mode it’s less impressive. The cartoon record players, whilst quite fun as an option, are always on screen and I don’t want this, I want the large horizontal waveform view that ios djay can have. Tidal tracks won’t load on the highest sound quality setting, on my phone I get an error message and on the Chromebook it crashes the software. Works on the high and normal settings. Tidal integration worked better on my phone, on the Chromebook the bpm analysis was way off on several of the tracks I loaded.

The main problem for me at this stage is that with pre-cueing disabled, I can’t play a proper set and give a detailed report on how the experience is mixing for a couple of hours. Please consider enabling pre-cueing for beta testers, without this capability the app is essentially unusable.

Really pleased to see a new version of this in the works though, I have high hopes here!

While we can’t share all the future details yet, djay 3.0 will continue to be compatible with the currently natively supported controllers (this includes Reloop MIXTOUR). You can find a list of these controllers on our website here: DJ Controllers, DJ Mixers and other DJ Accessories | Algoriddim.

Hi,
I can not see my playlist in the new 3.0 version.
Further to that, the automix is pretty compliqued to understand. It’s eawier on iphone.
Can you please help me ?
David

A big thanks to everyone who joined the beta program and for providing your feedback!

Just a quick reminder to please share your feedback via support@algoriddim.com. This allows us to track your feedback more efficiently and also maintain confidentiality before the official release of the new djay 3.0 for Android.

Thanks again for your support and happy mixing!