Almost all of my genres contain a comma as in “House, Afro House”. For every genre that uses a comma, the corresponding list of songs contains only one song. The list of songs works normal for genres that don’t have a comma in them. In the screenshot, you can see how in djay there is only one song but in Music.app (in the background) the genre actually contains a lot of songs. Also, the genres are wrongly displayed, without the comma. 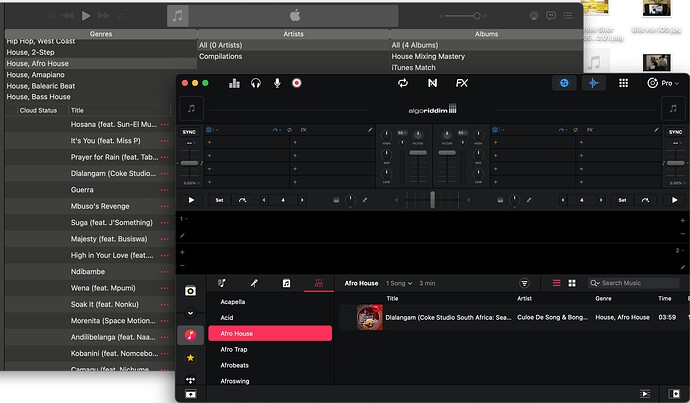 Edit: On iOS, both of these problems do not exist.

Thanks for opening a thread about this in our Community.

How exactly is it being shown on djay for iOS? Would you please be so kind and upload a screenshot of what this genre looks like on the library of djay for iOS?

I’m sure we’ll find a solution to this.

This is how it looks like on iOS, same as in Music.app. 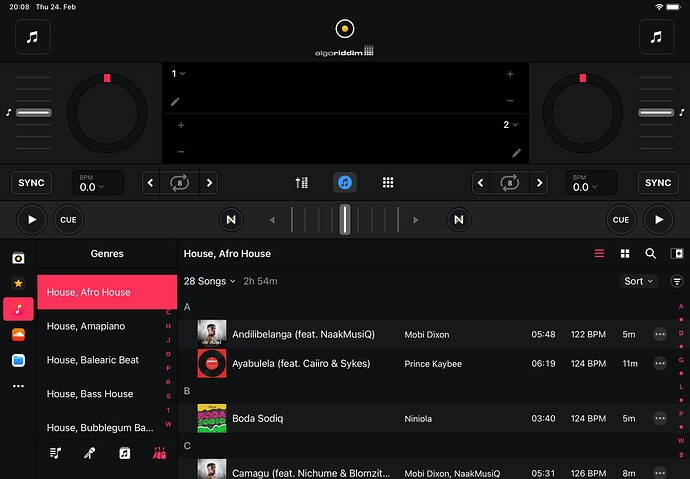 For sure, it should just display the genre as it is, ie “House, Afro House”. If I may wish, it would also be cool to get a hierarchy (optionally only), so on the top level it would just say “House >” and then if you click on that, you see all your house genres. Just having the first one realized would already be enough, though.