Horizontal Waveforms in Djay for iPad?

Is it possible to get horizontal waveforms in Djay for iPad (free version)?

If not, is it available in the Pro Version for iOS?

$4.99 a month seems like a lot to pay when this is the only real feature I would wantout of the pro version? It also seems a bit of a drag when horizontal scrolling is the norm for (almost(?) all software and built-in controllers. Is there any chance it would be made available in the free version?

Thanks.
(N.B. I have looked and there are many posts discussing issues of waveforms, often very old ones) and I just wanted to get the lates view on this very specific issue)

Hi there, waveforms work in both horizontal and vertical, large and small, combined and neural…

See the pics below…

I’m on a sub so no idea if this is a paid for feature but if you tap the arrow next to 1 or 2 on the waveform, the waveform orientation and type options appear…. 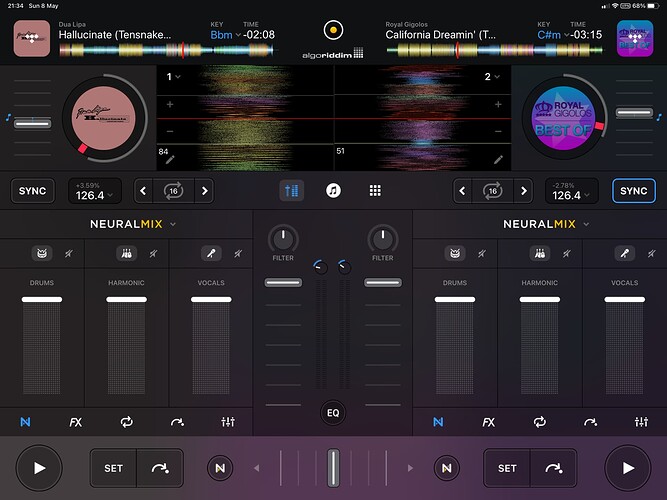 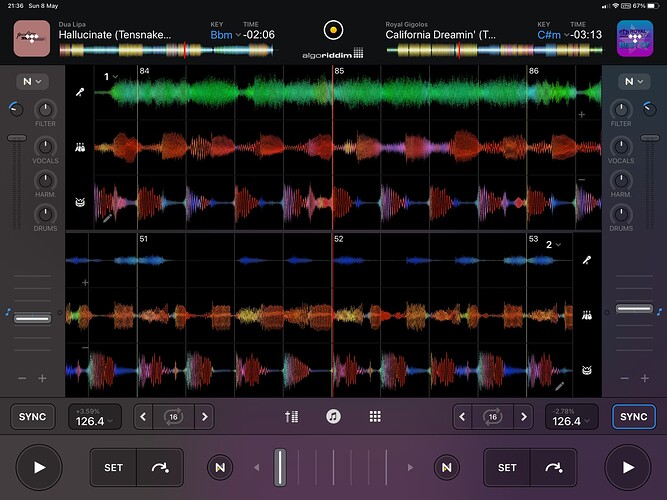 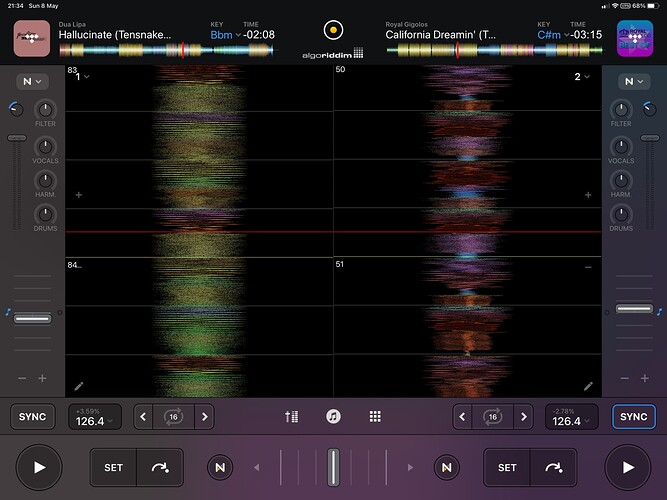 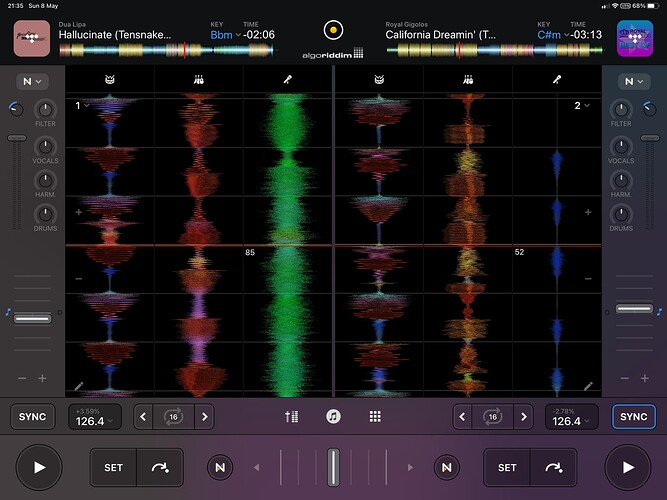 Try it on the free version and see if it works….

I’ve just installed DJay on an old iPad Air2 we have lurking around, and the Pro / 2 channel view your want is part of the Pro package.

So yea, you would need to be a paying member to get this functionality, otherwise you’re stuck with the 2 turntable view.