How to Stream with OBS without an Audio Interface

Happy New Year, folks! Could anyone please explain how the rig should be configured to properly stream with OBS? It’s either no signal there or no speakers / CUE for me. Thanks!

While I’m not able to give advice on how to get other software working for live streams, I can suggest a couple of links online to get you started. If you’re having trouble with djay itself, either as a general issue, or as part of live streaming, please feel free to ask me and I’ll be happy to help.

This video from Crossfader goes through the basics of setting up your DJ gear for live streaming using OBS. The advice should work for any DJ software, and get you started on the right path:

How to stream like a pro! - Multi Cams, Professional Audio and much more!

The comments are also quite useful with a bunch of tips from other DJs, and there’s also an article to go with the video: 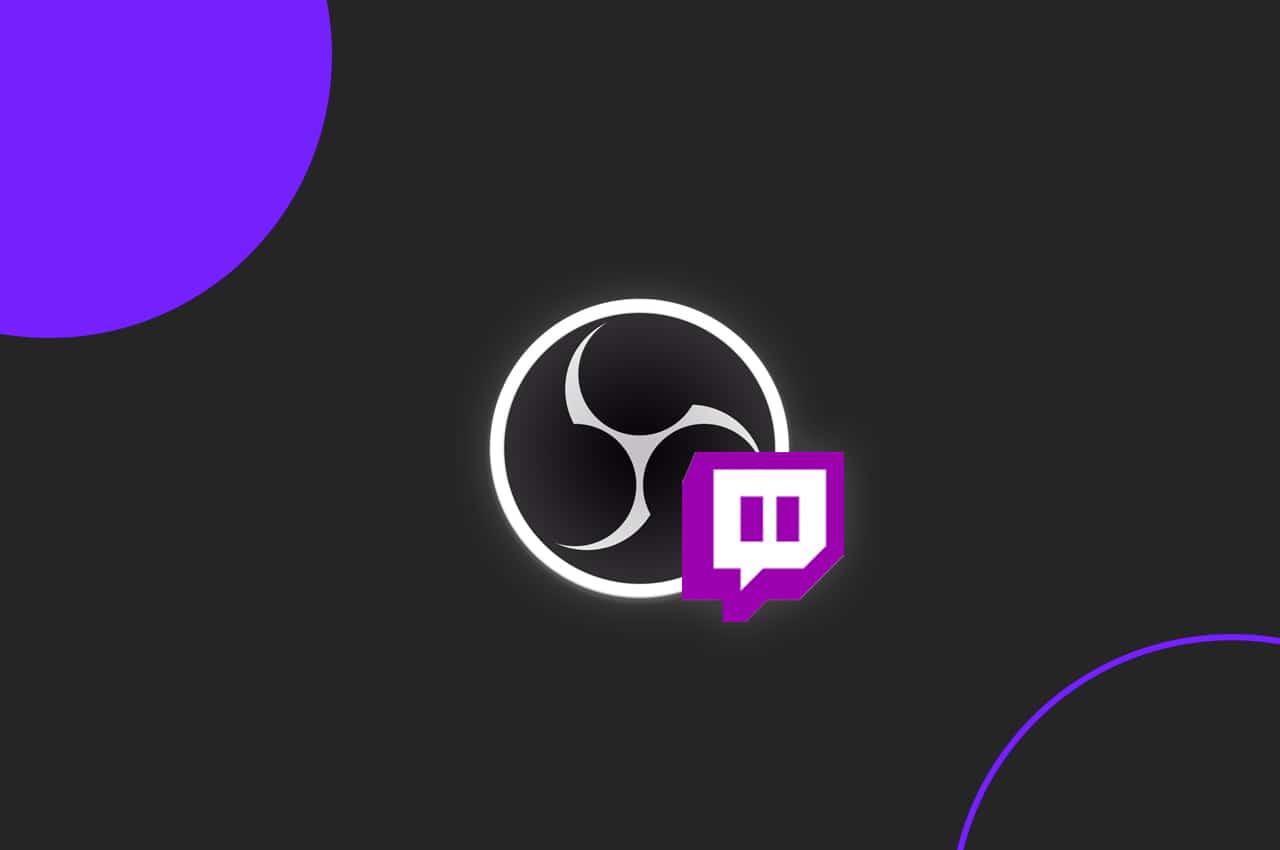 How to live stream like a pro! - We Are Crossfader

Today we are showing you to level up your live sets!⁠ With multiple cameras, multi platform, visual overlays, direct audio, adding effects and more!

Mojaxx over at DJCity recently did a live Q&A talking about live streaming and what you will need to get it working properly.

You might also find this forum thread helpful to optimise OBS to get the best quality.

I hope this is helpful information for you. Let me know if you have any other questions.

Thanks, but no use! Djay doesn’t seem to map the controller outputs properly. The very same config works with Serato, but not with djay.

You’ll need an audio interface. You can’t stream djay pro on OBS without one.

Turns out you can!

Second, open Audio MIDI Setup located in the Utilities folder of your Applications folder, and create a multi-output device containing both the controller output and Soundflower: 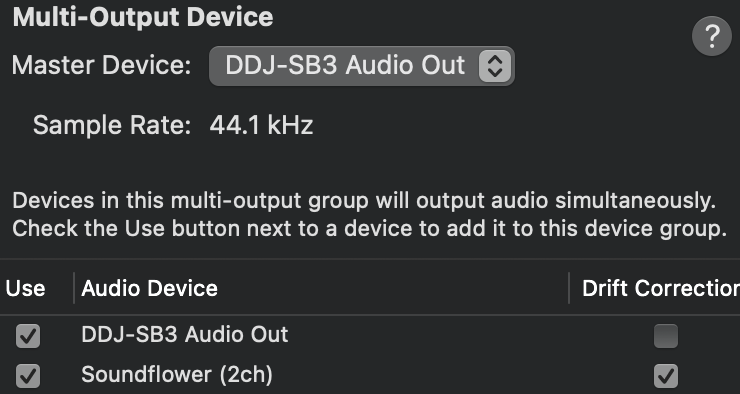 …also create an aggregate audio-device containing the same two (both orders work for me with the controller set as the clock source): 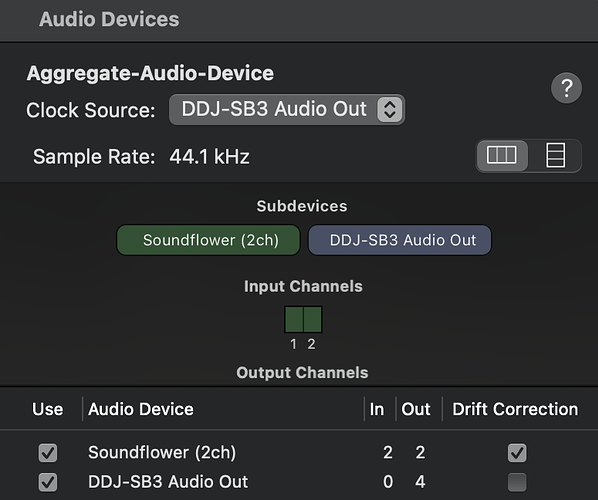 Then, select the multi-output device as the output in SoundflowerBed, which would be sitting in your menu bar: 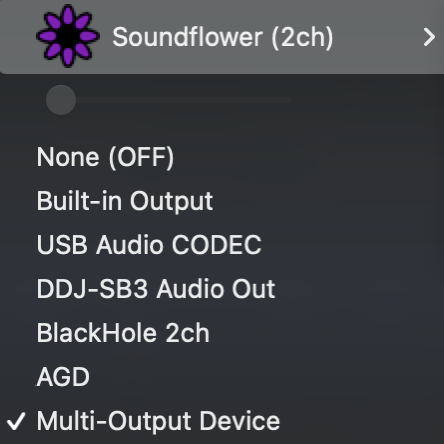 In djay Pro, select Soundflower as the main output, and the SB3 (ch 3-4) for pre-cueing: 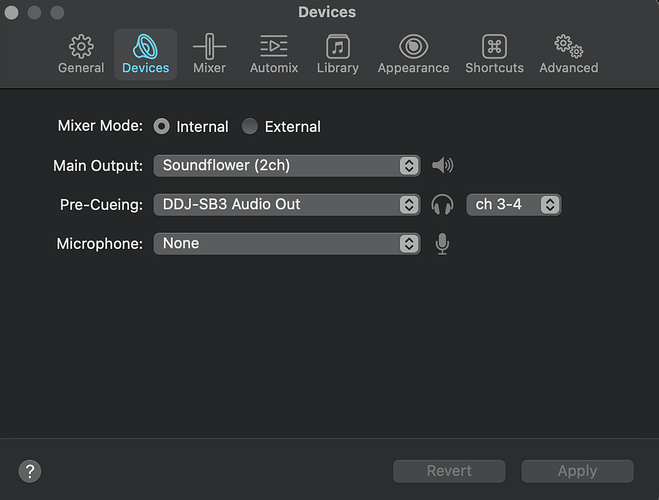 Lastly, choose Soundflower as the scene’s source in OBS: 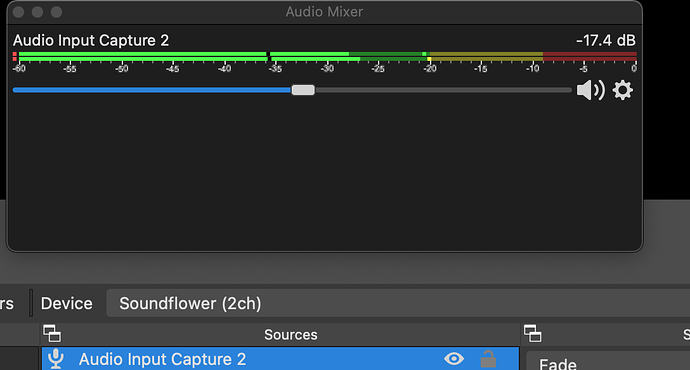 Upd: for some funny reason, I had to re-configure this after I deleted BlackHole 2ch. Must’ve been a coincidence, yet I don’t really want to try again. Never touch a workin’ system

Yeah, it’s still an audio interface, just a software one. I would be worried about it eating up CPU power though. An external audio interface is always good to have.

It is, yet macOS won’t let me adjust the input levels with my Behringer. It’s VERY quiet; barely audible, in fact.

Here are the CPU stats (one deck playing + recording on in OBS):

I’ve got an iRig Stream and it sounds great for the price. Plus it’s really small. If you want to get real loud you have to go pro with a Universal Audio unit. The Apollo is their cheapest and it’s over a grand.

I’m afraid you got it wrong. macOS provides no input level controls whatsoever so that the signal that Behringer card outputs isn’t just weak, the sound is so quiet the card is effectively useless without a mixer or a pre-amp with physical gain controls, yet Behringer tout it as Macintosh compatible. The inputs and outputs are all messed up, too; the card isn’t properly recognised so that it’s shown as two separate devices in the Audio MIDI Setup utility. In other words, they had one job…

What you pay is what you get, though. The hype just isn’t real. Contrary to what they may claim, Behringer is rubbish and not some quality product at a fraction of the big guys’ price.