I regularly and since the begging of using Djay get this problem with playlists from time to time. Usually after playing a while, I flip through my playlists, often sets from the past, and then this bug occurs: The names of tracks etc disappears, randomly. Sometimes if I go out of the playlist and back in, it’s normal again, sometimes it spreads across all playlists. It hasn’t really bothered me enough to mention it, but hey, after a few years, this bug should be gone.

Anyone else with this magic trick? 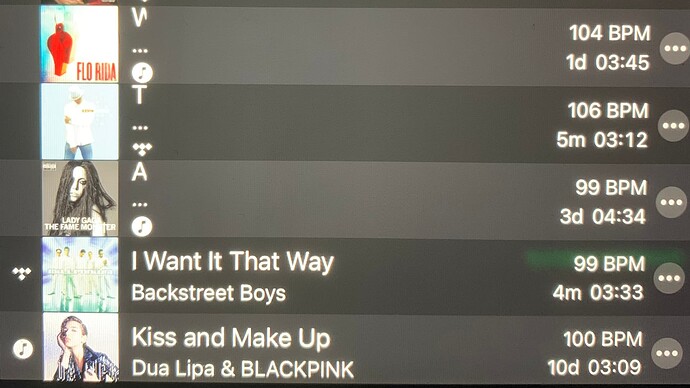 Thanks for bringing this to our attention. That is strange behavior!

While we haven’t heard of this to my knowledge from other users, I hope anyone else who has experienced this will chime in here. It’s sometimes difficult to fix bugs like this that happen seemingly randomly and without a clear set of steps to reproduce them, and that we also haven’t experienced ourselves. But I’ll be closely tracking this thread and also will keep an eye out for any other reports of similar behavior.

Thanks again for reporting this here on the Community!