Looking at the release notes it looks like the Reloop Buddy hasn’t been added to the windows version yet, even though it’s listed as compatible

I can currently only get the soundcard to work - and then start the midi learn function, which I of course don’t want to go through

Welcome to the Algoriddim community and thanks for bringing this to our attention.

Our team has checked into this, and we can confirm that this is an issue with the driver on Windows. We are in touch with Reloop to get this fixed as soon as possible, and I’ll keep you posted here when we have an update. Sorry for the inconvenience, and thanks again for letting us know about this.

Thanks for this.
I wasted hours last night trying to work out why Windows version wouldn’t auto-map to Buddy.
I thought it must be the demo version (I wanted to play with it until my new iPad shows up in a couple days), so I upgraded license. nope. sad.

Yes, because it’s listed as supported with the Windows version

But the release notes for the Windows version kind of gives it away
First of all the Reloop Buddy is not mentioned in them (and it is in the Mac version)
Second of all the latest Windows version is from October 20, 2020 which is before the Buddy was released by Reloop
But yes, I bought the djay pro for Windows license too, before realizing it probably wouldn’t work (yet)

while waiting for Amazon to deliver an iPad

Hope it can be solved quickly and hope you can share with us a temporary solution for the meantime.

I’ve done a working mapping for another DJ software, that has a free full pro 30 days trial, and also supports Tidal
So I can currently use my Buddy on windows, although it’s not perfect, and then hopefully there will be support in djay pro for windows in 30 days
I can send you the mapping if you like (and if I’m not breaking any rules)

We kindly ask for your patience. This should be fixed very soon. We’ll keep you posted!

Yes, please, if we are not breaking any rule. Don’t want to be unfaithful to Djay but no other way until the fix.

Regarding Reloop Buddy and djay Pro for Windows support: please note that the mapping is not the issue here, but rather the driver on Windows. At the moment, ASIO drivers are not supported on Windows. We are in touch with Reloop to get this fixed as soon as possible, and I will update this thread when we have news. Thanks for your understanding!

As you saw in my now deleted video the ASIO driver works fine on windows, and the rest in standard midi
You probably need to go ask your developer for a better excuse because right now he is lying to you
Also remember that Algoriddim started this whole mess by lying about compatibly on your webpage, so right now your customers are stuck with a box of buttons and a paid for software that they can’t use for anything
My video might have saved you from some refund requests if you have kept it up
I know it was for an alternative software - but right now you guys are legally on thin ice!
You guys even let Digital DJ Tips believe it was supported on Windows in a livestream yesterday - I had to correct them on that

We’ve just released an update for djay Pro on Windows (version 1.0.27703.0) that should fix the previous issue with the Reloop Buddy. Please update your software when you get a chance and feel free to reach out with any feedback you have.

Thanks again for bringing this to our attention and for your patience. Happy mixing!

Thank you. The mapping works

But I can’ t seem to be able to select the buddy’s headphones out for cue’ing - even with the updated Asio driver for the unit from Reloop (v5.0) 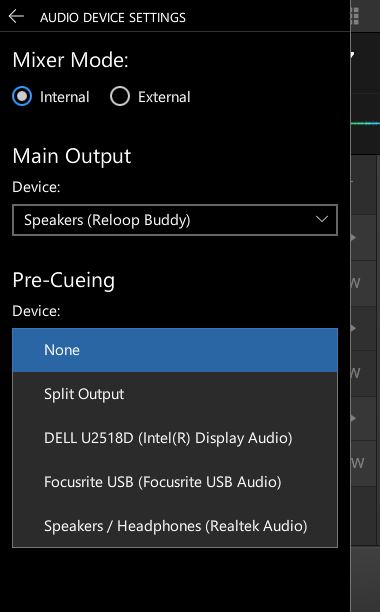 So where the old v4.2 ASIO driver had 2 separate stereo ASIO based outputs, the new one (v5) doesn’t seem to have that
I’ve also contacted Reloop directly about the ASIO driver issue

The latest version of the Reloop Buddy driver does not rely on ASIO.

Have you also updated to the latest djay PRO version on the Microsoft Store?

Could you also try reinstalling the driver and connect the controller to your PC when you are prompt to do so?

Let us know if the issue persists.

Also, the driver v5.0 from Reloop has ASIO in the name, so it seems like ASIO is still in use

This is what the driver contains: 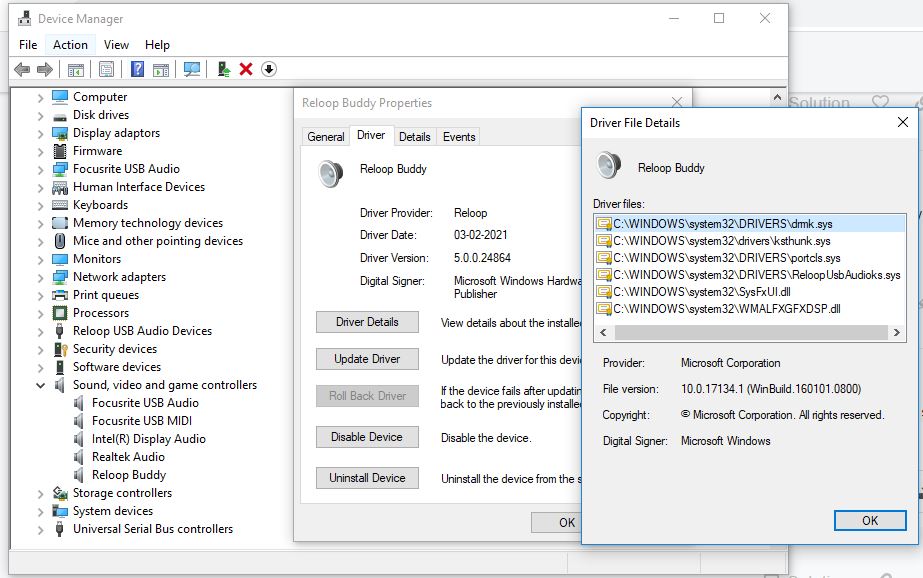 Never mind - another driver re-install and another win restart, and I can now get it to run in wasapi mode 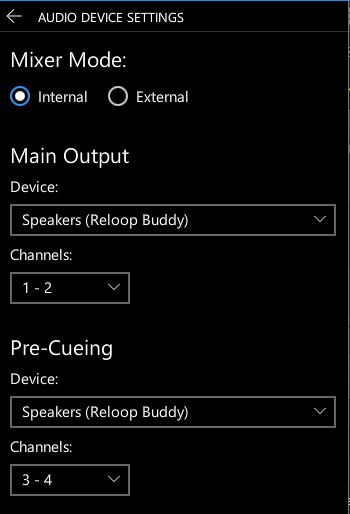 I have contacted reloop directly about their v5.0 ASIO driver maybe not supporting ASIO
The v4.2 of dthe ASIO driver did support ASIO though, so it’s a little strange…

We are glad to hear you managed to solve this.

I’d like to shed some light on this, ASIO drivers are currently not supported on djay PRO for Windows. Driver ver.5 of the Reloop Buddy uses WASAPI. The previous driver versions used ASIO.

I hope I could help.