Some tracks missing metadata and won't load with OSStatus error -54

I’ve noticed an intermittent but disruptive issue on the playlists I create within djay Pro on MacOS.

When I initially put a bunch of tracks together everything seems fine, but the next time I fire up Djay I find that some tracks are missing metadata like the album cover or comment text. These same tracks will refuse to load with an error OSStatus error -54.

However when I right click and say “show in finder” djay Pro show the track in the right place and when I drag it from Finder into the app it loads correctly with cue points etc. Next time I restart the app the same issue happens again.

There seems to be some kind of weird library sync issue going on here between Djay Pro and Music, I tried to follow this up with Support but didn’t get anywhere, wondering if others are seeing the same.

Attaching some screenshots of the bug in action - I never know what tracks it’s going to affect, but once the bug manifests it’s 100% reproducible. 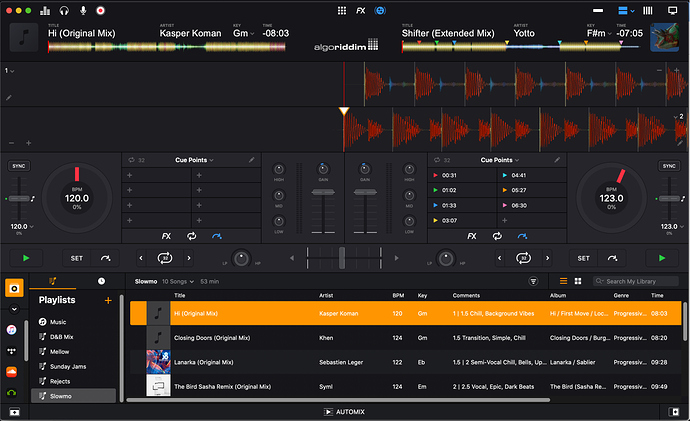 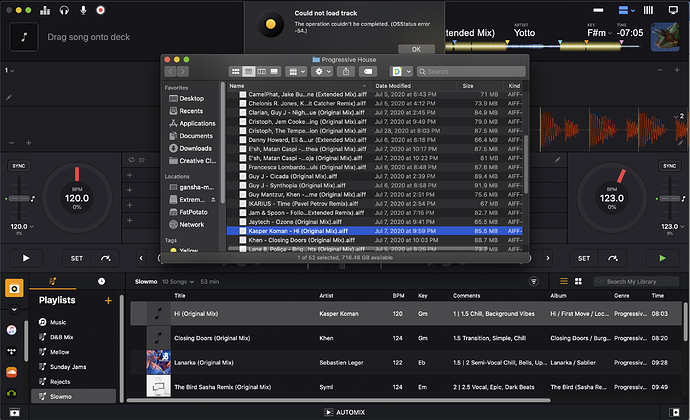 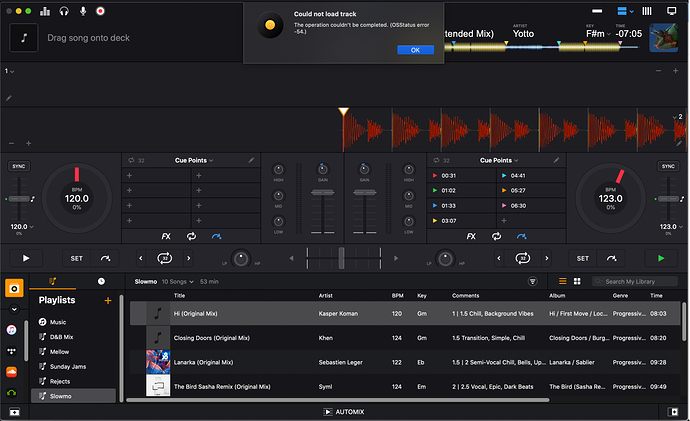 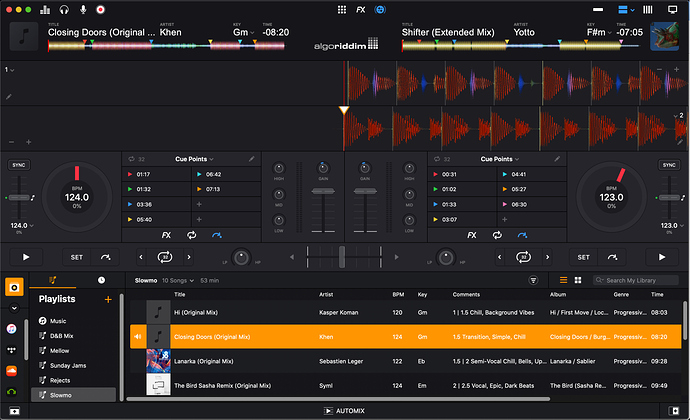