There was spotify and then there was tidal: and once imported songs are grayed out

Once upon a time we had spotify, then we used tools to convert spotify playlist to tidal ones: 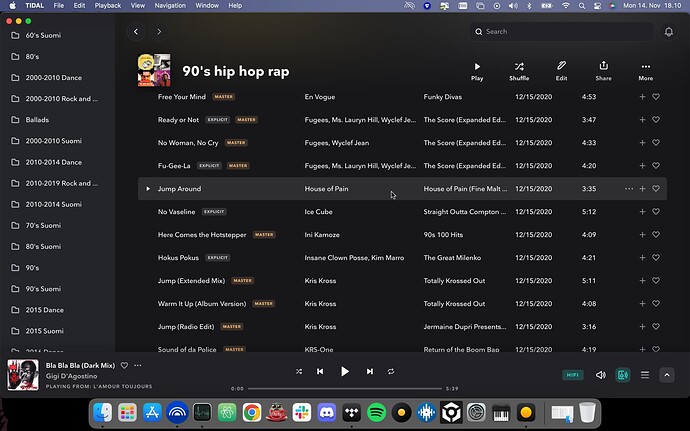 And everything worked just fine, at least I thought so…

Between then and now for some reason, once imported songs to djpro are “grayed out”: 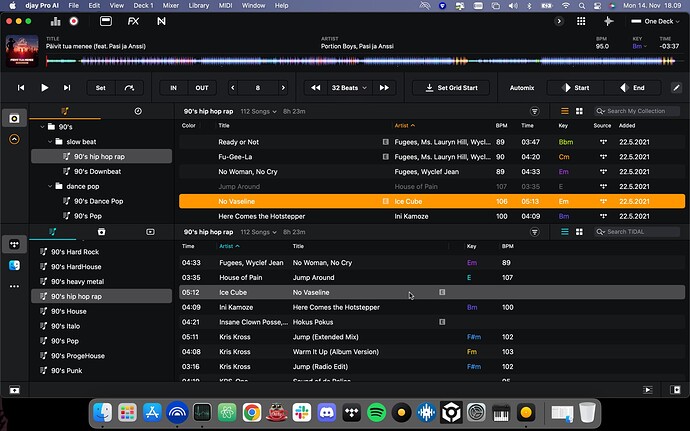 So on tidal side, nothing has changed it’s same old playlist which I used to create dj pro local playlists.

So if I now try to add the song again: 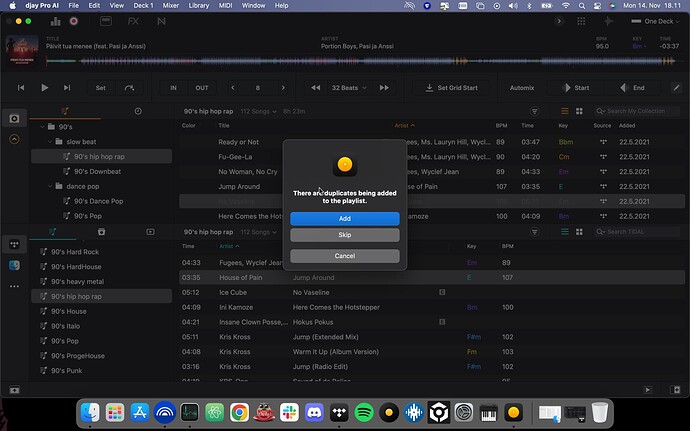 And yeah… if it is the same track with same track id, why it’s grayed i.e “not available” out on djpro?
Or is it just “artist name”-“track name” what will be compared here?

How do I fix those “grayed out”/ “not avaible” songs?

Yeah, they are on Tidal, but now I need to “drag and drop” again to get them working? Or ?

And yeah, tidal has messed up some songs. I.e the metadata like “track title” has been changed after initial import… the track id is the same, but title has changed.
But if you have stored the track id of those songs, it should be possible to re-read the metadata from tidal to update them correctly to the local db.

Oo… I so hate when metadata has been changed… 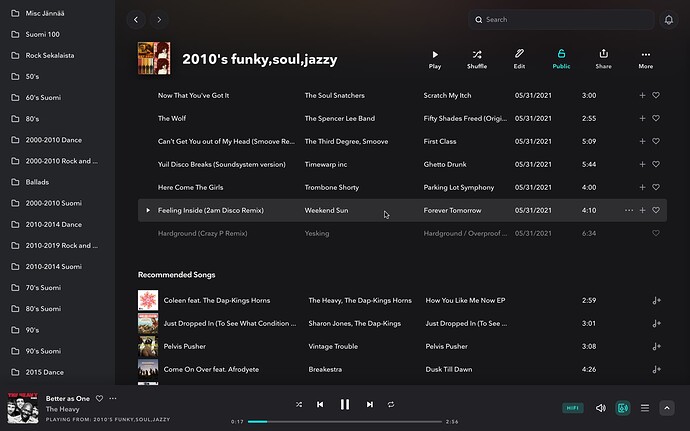 but on my local db… when I did the import the title was different:

And if you look up closely… the song length is also changed?
The initial length was 4:09… but now Tidal shows 4:10?

What this could mean:
the record label has uploaded new file with the same trackID (link) to Tidal and even with “longer” audio file. Wee… so my cuepoints, etc won’t work and need to do reanalysis.

Sometimes tracks disappear from the catalog, sometimes tracks are replaced by other versions that differ minimally from the original song - but that’s something that Tidal or the labels have to represent, not Algoriddim. In Tidal itself, you will only find these tracks if you have them in a playlist or saved under “My Music”, but even then you can no longer play them. And you can no longer call them up directly via the search function.
Overall, this is something we’ll probably have to live with.

Yes, I could live with the fact that tracks are removed from Tidal.

But in this case they are not, they are just grayed out on dj pro.
My playlist haven’t changed on Tidal, I can still play the track on Tidal, but on djpro my track is “grayed out”.

Tidal has re uploaded the track. You have to import again