Rekordbox DJ for iOS and Android

Pioneer just announced that Rekordbox DJ is coming to iOS and Android in 2023. This move might actually compel me to give Rekordbox another try. I think more major competition in the phone/tablet DJ software realm is a good thing. Especially since it seems that NI has pretty much abandoned Traktor DJ 2 for iOS. It will be interesting to see how Algoriddim responds.

Thanks for the info, that’s something to watch. If the implementation on smartphones and tablets brings a similar result as on the laptop, I can imagine that many choose Rekordbox instead of Djay Pro or even go back to Rekordbox. Just the fact that you can use the full version of Rekordbox with compatible Pioneer controllers at no additional cost will be enough for many. In addition, I can imagine that there is the possibility to export songs, playlists, cue points and the like from the tablet to a USB stick, which you can then plug directly into a CDJ in the club, perhaps you can also plug in the smartphone or tablet directly without exporting anything. Something like this will persuade many to use Rekordbox after all (again).
Many will also make it dependent on the features, for example, Neutral Mix is something that many would certainly not want to do without. Also, the ability to work alone with an iPad (without a controller) is something I would not want to miss. Whether this is also possible with Rekordbox, we will see.
For now, Djay Pro is probably the best choice for DJing with devices like a smartphone or tablet. But I assume that Pioneer throws a serious alternative on the market, which should certainly be considered by Algoriddim.

This Rekordbox iOS app is going to be serious competition for Algoriddim’s djay Pro! I’m still firmly in the djay Pro camp, but the Pioneer software is looking really good.

I’ve been using the Rekordbox MacOS and iOS apps to create USB sticks for my weekly gigs that use Pioneer gear. The software is excellent, I can walk around the house prepping tracks on my iPhone and all edits are immediately synced back to the master library on my MacBook Air. Library management is top-notch on both devices; creating playlists, loops and hot cues is fast and fairly accurate. Meta-data editing on the Mac app is so nice!

Currently the Rekordbox iOS app is mainly a track preparation tool, but even the basic DJ performance features, are very solid; you could DJ on it in a pinch. Additionally, sound quality of the Rekordbox Mac and iOS apps is better. djay Pro sound quality is very good, but Rekordbox has the edge. FWIW - djay Pro is better with acoustic instruments and vocals, but Rekordbox is really flat across the spectrum and you can really hear all the highs, mids and lows on a club system.

I think the Trojan Horse here is the FLX4 controller. It is probably the best entry-level controller for anyone who wants to DJ on a mobile phone/tablet. Personally I will probably sell all my other budget/compact rig controllers from Numark, Hercules, Reloop etc. because the FLX4 basically does what they all do in a single unit. The USB-C / iOS implementation is spot-on; it charges the mobile device while in use and you can use a standard USB cable (no Apple CCK/dongle). Plus, being all USB-C will be nice.

Interesting. Will have to check that out.

Competition is a good thing. Hopefully Djay will get some of these long requested library improvements too. I’ll definitely keep an eye on the Pioneer stuff.

Well, based on these screen shots from Digital DJ Tips, I have to say that the graphical user interface has nothing on Djay Pro AI. 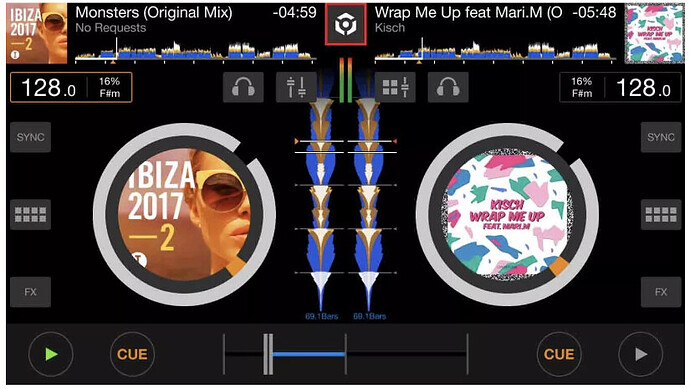 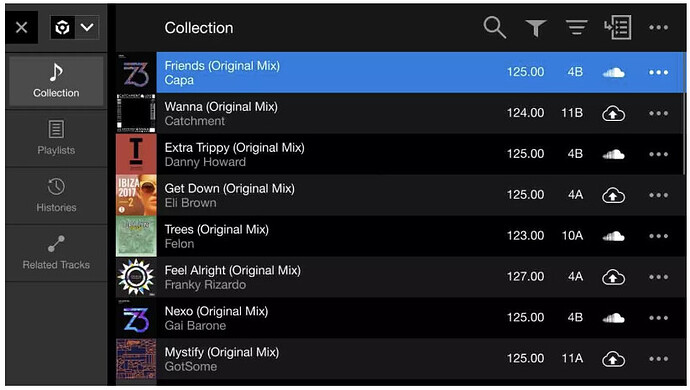 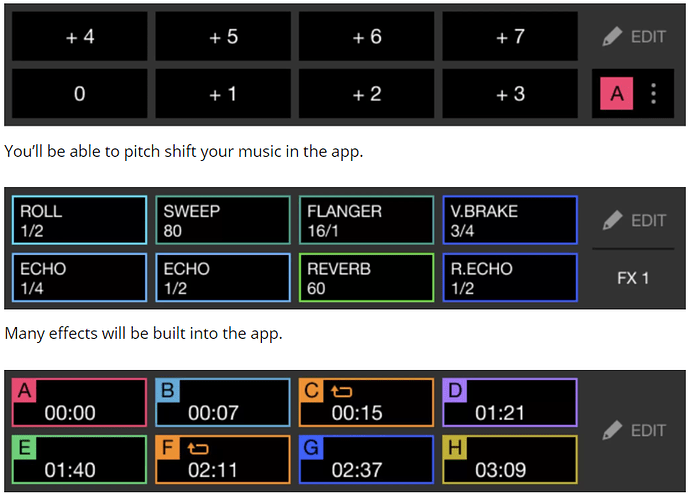 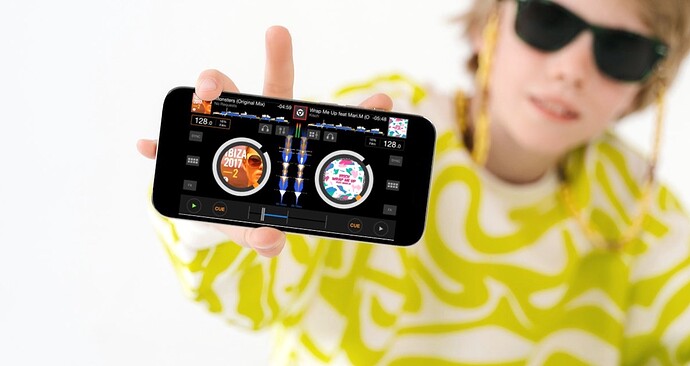 Rekordbox For iOS/Android: Sneak Peek Inside The New DJ App

Rekordbox DJ software is coming to iOS and Android, meaning DJs will soon be able to plug their DJ controller into their phone or tablet.

That doesn’t really make a good impression. I hope this is just a first preview and not what it will look like finally. Besides, these are only screenshots from the iPhone. It would be really interesting to see the iPad version - I certainly hope there is one.

Hope Pioneer will nail the displaying of full track titles on - smaller - devices too. Still a pitty djay pro AI cannot do this.

Well, based on these screen shots from Digital DJ Tips, I have to say that the graphical user interface has nothing on Djay Pro AI.

Perhaps it is “uglier” but it also looks very, very functional; it’s pretty clear what all the controls do and how to use them.

And consider Pioneer’s market - it is overflowing with professional club and event DJs, so functionality over looks is going to be a top priority. No “Classic” mode here, they’re going straight to “Pro” mode from the get-go.

One big benefit of djay Pro is good support for multiple hardware controllers and mixers, across many brands. In contrast, Pioneer seems focused on staying within their eco-system.

That may be, but they will probably still be able to reach most people, because most people use Pioneer.

Pioneer just announced that Rekordbox DJ is coming to iOS and Android in 2023. This move might actually compel me to give Rekordbox another try. I think more major competition in the phone/tablet DJ software realm is a good thing. Especially since it seems that NI has pretty much abandoned Traktor DJ 2 for iOS. It will be interesting to see how Algoriddim responds.

The only thing (besides more supported hardware) that I could see maybe drawing algoriddim users in is if it provides jogwheel screen support for devices that have them. That’s not something I value highly, but I see it requested a lot here. I imagine the main user demographic will be people already using rekordbox and either wanting to give ios DJing a shot, or using it as a convince thing for set prep/practicing on the go.

Either way I think it’s a good thing that another big player is making a push towards iOS DJing. This only means that there will be more class compliant devices coming out and hopefully natively supported by multiple platforms. Pioneer is in the business of making money, so having new devices locked to rekordbox ios seems unlikely when they could still sell a controller even when used with another platform like algoriddim.