I’d like to create a thread for the devs with examples where Djay has problems with detecting, keeping track, or otherwise has issues with the current grid mechanism.

Since this area of the forum has the description “let us know if something isn’t working as expected…” I thought it was appropriate.

Feel free to add examples that point to automatic detection fails, where the algorithm could be improved or needs another approach altogether.

If possible, please use tracks from streaming services so that others can easily verify the behavior.

I’ll start off with the classic ‘Oops!..I did it again’ by Britney Spears (for those who have been living under a rock). The intro is problematic for Djay although it’s a ‘straightforward’ beat.

The break (starting at ±2:10) without tempo obviously doesn’t work either. A new ‘1’ marker after the break would be a solution.

Tempo changes are an obvious no go. A chart example is ‘Afraid to Feel’ by LF System. Multiple tempo segments (with manual markers?) would be a solution.

‘Satisfaction’ - Benny Benassi & David Guetta. Beat grid starts drifting when the acappella break starts at 1:36. In this case a straight grid would solve it.

This is the problem with the vast majority of acapellas I have tried to beat grid over the years. I know for a fact that a single BPM, non-elastic beat grid should work and it simply doesn’t. I completely gave up trying to use acapellas in Djay and instead use Neural Mix to isolate the vocals of the original.

Problem is when you have an acapella part as part of a regular song.

Like @djjoejoe is saying, it’s a break in the middle of the track.

I understand when there’s a break in the middle of the track with no vocals. Which is pretty much any track. However, unless the acapella version has had sections cut out of it or has been altered in some way to be different from the original it shouldn’t matter. If the original full track has a fixed BPM and a beat grid can be set properly, and you have a full studio acapella of the same track, you should be able to manually fit a grid to the acapella as well. For example by playing the original on deck A and the acapella on deck B and adjusting the grid of the acapella to match the original. In my experience this is often not the case with Djay. The software seems to act as if the acapella has a changing BPM or something.

Sure. But in my case it’s the normal track with a ‘vocal’ / acappella phrase in a (16 beats) break. During these 16 beats the grid starts sliding.

I’ve provided the link to the track in the (edited) original post.

Please implement saving of beat grid start points with iCloud so they can be transferred across devices.

Although I agree, this thread was not really created for that particular topic. But I see you’ve already found the other thread.

What I feel that at the moment there are a lot of songs like example 2, where there is a break which seems to be possible to draw a beatgrid but it’s either slower/faster or shorter/longer than it could actually fit for the rest of the song beatgrid.

So the analysis software needs to detect possible BPM changes, then possible signature changes and then actually draw the grid.

Totally agree with you there. That’s why a manual grid option probably is the best solution.

I have been thinking about this : how would this work.

I.e dj pro has internal metronome which is used up to

But if this happens when sync is turned on master deck 1 and what should the app do the trakcs which are following the master sync like deck 2. Should the deck 2 to be silenced or what should happen?

So track 1 is the master and stops the metronome … NN second break, can’t count how many beats is involved in the break, what should happen on the track 2 which is following the master track & metronome? Should the deck 2 be stopped, silenced or what?

Or we could allow to edit that there is signature change and bmp change… those should be possible to “program” to the grid, but again what will happen on the synced deck 2?

I don’t think you can stop the clock.

It would also mess up Ableton link.

Manual markers and multiple tempos are the only way to do this right IMO.

That said, the detection could be further improved too of course. The break in ‘The Boys Of Summer’ for example is a steady hihat. Djay probably gets lost because of the guitar later on.

In a lot of cases there wouldn’t be a problem if Djay assumed the tempo wouldn’t change. It would also solve this breakdown for example.

Last night, I wanted to loop a short acapella part of a song for a transition. But because acapellas are also the part where djay gets confused about the beat grid and because djay doesn’t allow loops that are not grid-aligned, it’s impossible to pull this off. The song with the short acapella part was Missy Elliott‘s „Lose Control“. It has lots of little beat breaks and djay basically throws its arms up helplessly with the beat grid, misaligning it at every opportunity.

Really hope this will be the next big feature, it sucks more and more to not have it.

So sad that Spotify isn’t there anymore. 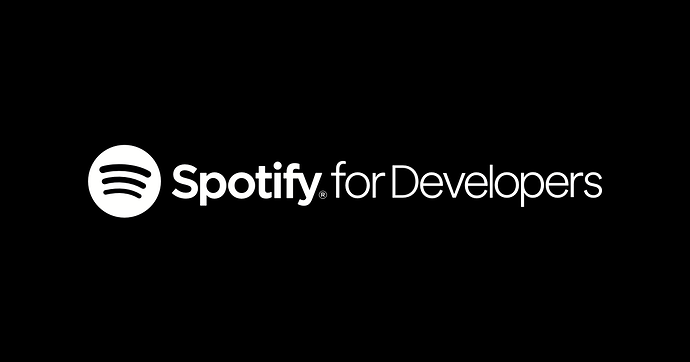 So… one way to do this, is to get same data from 3rd party source so that we don’t even need to adjust this by our self… djpro only needs to figure out how to map that data to the actual waveform …

I don’t get it. What do you want to grab from their API? I’ve messed around with it in the past, not sure what you want to accomplish…

It sure has lots of interesting features though!