Will we get to see Neural mix pro and Djay pro AI for windows?

It is important that this material reaches the windows platform, not all of us have a mac but we are willing to pay for that great content.

Thank you for getting in touch and for your request for NM Pro and djay Pro AI on Windows.

We are aware of the user demand for the request and are glad that you pushed the topic.

It would be nice if other users can show their thoughts and feelings towards the request by upvoting the topic (therefore, I moved it to the Suggestions Section of the Community).
That way we get better feedback and can better track the communities desire.

Nobody would say no to this

Hey Algoriggim Team!
Any news on this topic? Desperately waiting for the Windows Version.
Thanks!

BTW: Voting for this software in this forum is nonsense, as it reflects only a very minor part of the real need outside of this forum. I only signed up because I’m frustrated to see that you guys ignore 90% of the world wide market - including me

I was in the fortunate position of being able to buy a Mac Mini recently, and while it is very quick and lovely to look at - I hate it. I have used windows for about 20 odd years, and trying to find files, load programs and just about every other generic task on a Mac is completely alien to me.

If I could get this cracking little DJ software on Windows I would sell the Mac in a heartbeat.

Yeah this is something that everyone would love to see. I’ve looked into buying the cheapest MacBook air just to be able to use this software. But I’d love to see this come to windows. Please make this happen!

It seems to me that djay Pro for Windows has been abandoned. Last update was in May 14, 2021. Whatever AI does on Mac (Neural Mix), which supposedly is only possible because of the “Neural” processor, has been done on other DJ software, fully working on Windows. Is Algoriddim going to bring Neural/Stem mixing to Windows or not?!?!?!?!

Thanks for reaching out about this topic. We appreciate your feedback about djay Pro for Windows. I’ve moved your post to this already existing topic thread to keep things organized and to continue to track user interest. We’ll keep you guys updated with any updates about this here.

As far as I have been able to find out, you guys have the most advanced AutoMix feature available at a consumer price tag. Big applause for that

. I would really love to have it available on windows.

Are there already any concrete plans for adding the features to the windows (and android) client?

If that doesn’t answer your question, could you please tell me a little more about what you’re looking for exactly on Windows and/or Android that doesn’t already exist there? Thanks and hope to hear from you again.

Hello Emily, you’re definitely right it is present in windows. I don’t know for sure, but my impression is that the djay pro AI (for apple devices, which I don’t possess) has a more sophisticated approach to this. So more natural flows, in a sense (with help of AI perhaps), of transition between songs. Not merely the automatic linear sliding of the volume at a set interval.
Perhaps you can clarify djay’s capabilities in this regard, djay pro vs djay pro AI.

Thanks for clarifying, @Pyrrho! You are correct that Automix AI isn’t yet available on djay Pro for Windows or on djay for Android. I just wanted to make sure you knew about the Automix feature that is currently available there.

It sounds like what you’re looking for is Automix AI with all of the latest functionality that does currently exist in djay Pro AI on iOS and macOS. You can find out more details about what this functionality holds on our YouTube video about this feature here: And to answer your question about when this functionality may come to djay for Windows, while I’m not allowed to talk about future plans and specific timelines, we appreciate you taking the time to share your feedback and request for Automix AI here (in addition to the already existing more general request for djay Pro AI for Windows). I’ll keep you all updated here with any news!

This program must be released for windows

We need this feature. Please. Thank you.

I wouldn’t have thought NM was coming to Windows anytime soon, I remember reading that NM and Djay Pro AI relied on the Neural Engine built in to Apple computers.

A quick scan down the details page on the Algoriddim website unearths this quote:

“Harnessing the power of Apple’s Bionic chip for human brain-like processing of sound, Neural Mix™ redefines what is possible with mobile technology, music, and AI.”

That’s quite a giveaway saying that your average dual core x86 (or similar) isn’t up to the job!!

And that is one of the main disadvantages of Windows, there are far too many variables between machines, which makes the experience for the end user unpredictable.

What might work on one Windows machine may not work on another and then the Windows crew infighting begins!

To be fair there are limitations on iPad / Mac users as well to ensure the software runs as expected. 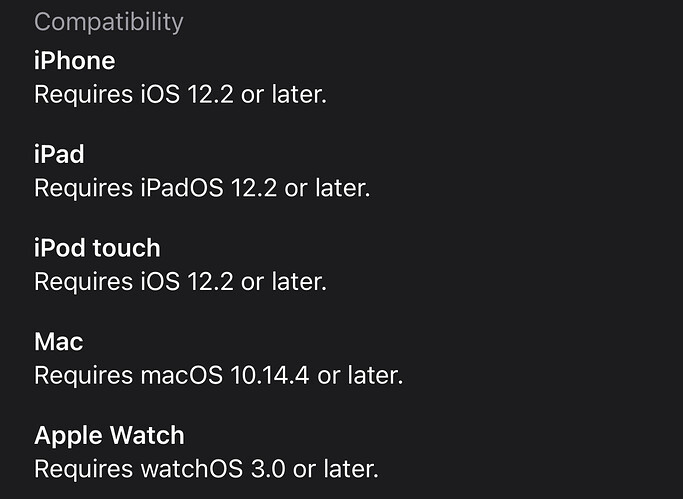 Not all Apple gear is treated equally either, with some older machines not being supported. It’s only fair to say that the same would happen on Windows and even if anything we’re to come your way, you’d need a pretty decent machine to be able to run the software correctly, therefore there would still be unhappy people with older / less well specced machines out there.

One final point, Windows is an OS that can be placed on any machine, with any spec, by any manufacturer with a licence - thousands of variables - harder to program the code needed.

Mac / iPad OSes are placed on a machine which is produced by the same people who made the OS, and as such is a far less disjointed experience - only a few variables - much easier to program the code required.

Only my ramblings but I think Windows users will find their hopes / dreams have been effectively pi$$ed on by the above statement directly from the makers of the program!

I tend to agree with you however I’m still holding out hope. I had a Mac once upon a time and due to unfortunate circumstances, had to switch over to windows however, it’s been a fine transition. My biggest disappointment though was seeing how FAR FAR BEHIND FEATURE WISE the Windows DJay version is to the Mac version. That’s pretty damn disappointing. I still have the DJay for Windows version (I bought it so it’s not like it’s going anywhere) and on occasion (for smaller/shorter events) I even use DJay on my Ipad (I have a Reloop Mixon 4), though now a days I’m much more into Virtual DJ and all the bells and whistles that come with it. However, if Serato and VDJ can make their “Stems” functions work on both Mac & Windows Laptops, I fail to understand why this can’t be done for this software? PLEASE BRING YOUR WINDOWS APP INLINE WITH YOUR MAIN APP AS WELL!!!

Hi there, I have a full licence for Serato and some of the add on pack (flip, pitch n time etc), but haven’t used it for ages as I use Djay.

Thanks for your post highlighting that Serato now has stems, I might just reinstall it and have a look, although I can’t see me using it permanently as it would be like starting all over again having to learn everything from scratch!!

Just tried Serato again, confused the hell out of me after all these years….abandoned!!